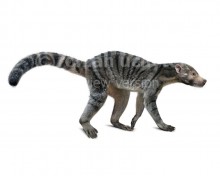 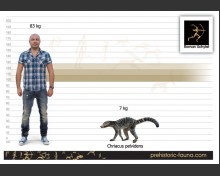 Chriacus is an extinct genus of prehistoric mammal which lived in North America around 63 million years ago. There are 9 valid species currently recognized.

Chriacus was a raccoon-like mammal of the Paleocene epoch, with a length of about 1 metre  including its long, robust tail, which may or may not have been prehensile. It had a light build, weighing approximately 7 kg, and was an agile tree-climber. Chriacus was plantigrade, that is, it walked on the soles of its five-toed feet which had long claws. Its legs were powerfully built, with flexible joints. The front legs could be used for digging, while the hind legs were best suited for climbing. It was probably an omnivore, like its relative, Arctocyon, eating fruit, eggs, insects and small mammals.

Peligrotherium
$0.00
Add to Cart
Reviews (3)
Write a review:
Your Name: