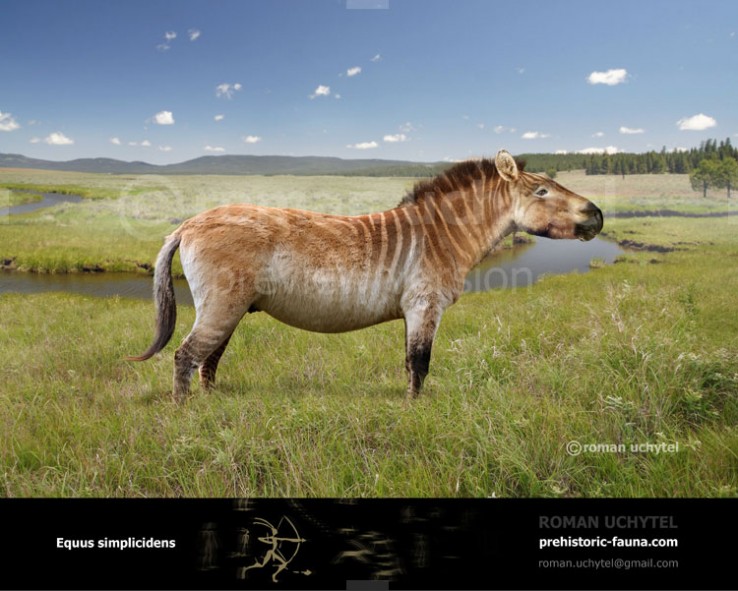 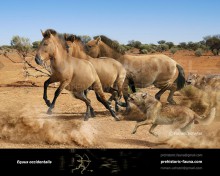 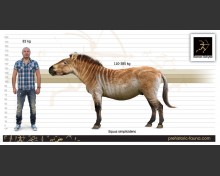 The Hagerman horse (Equus simplicidens), also called the Hagerman zebra or the American zebra, was a North American species of equid from the Pliocene epoch and the Pleistocene epoch. It was one of the oldest horses of the genus Equus and was discovered in 1928 in Hagerman, Idaho. It is the state fossil of Idaho.

The Hagerman horse was given the scientific name of Plesippus shoshonensis in 1930 by a Smithsonian paleontologist named James W. Gidley who led the initial excavations at Hagerman that same year.

However further study by other paleontologists determined that fossils closely resembled fossils of a primitive horse from Texas named Equus simplicidens, named by paleontologist Edward Drinker Cope in 1892. Because of this similarity, the two forms were interpreted to be the same species, and since the name Equus simplicidens was the older name, it was retained following the taxonomic Principle of Priority. The Hagerman fossils represent some of the oldest widely accepted remains of the genus Equus.

The Hagerman horse first appeared about 3.5 million years ago. It was approximately 110–145 centimeters tall at the shoulder. It weighed between 110 and 385 kilograms. An average Hagerman horse was about the same size as an Arabian horse. It also was relatively stocky with a straight shoulder and thick neck, like a zebra, and a short, narrow, donkey-like skull. The horse probably lived in grasslands and floodplains, which is what Hagerman was like 4-3 million years ago. It was native to parts of Europe, including France, Italy, Germany and Greece, and to North America and South America, where it became extinct about 10,000 years ago, at the same time as many other large-bodied species of the period.