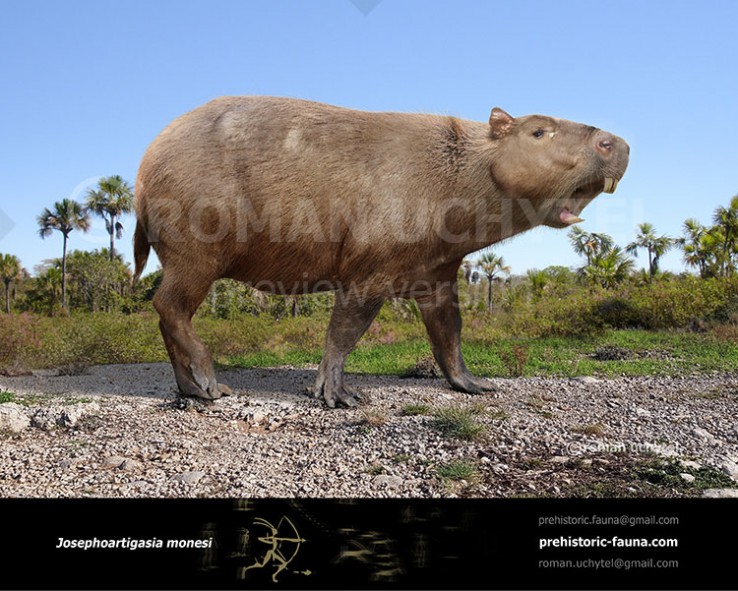 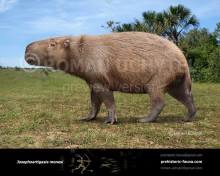 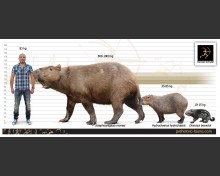 Josephoartigasia monesi, an extinct species of South American caviomorph rodent, is the largest rodent known, and lived approximately 4 to 2 million years ago during the Pliocene to early Pleistocene. The species may have weighed 1,000 kg, considerably larger than its closest living relative, the pacarana. The rodent may have lived in an estuarine environment or a delta system with forest communities, and may have eaten soft vegetation. The skull of the holotype is 53 cm long, and the remaining incisor is more than 30 cm in length. The total estimated body length is 3 m, with a height of 1.5 m.

By comparing the skull with various extant species of rodent, the authors of the original paper estimated a mass between 468 kg and 2,586 kg, with a median estimate of 1,211 kg. A later researcher revisited the numbers and came up with a more conservative estimate of 350 kg to 1,534 kg, with a median of 900 kg. (Compare 800 to 1,400 kg for an adult Black Rhinoceros.)

There is no dispute that J. monesi replaces Phoberomys pattersoni, a related and somewhat older species that lived in Venezuela during the Late Miocene, as the largest rodent. However, size comparisons are difficult because previous estimates of 400 kg and 700 kg  for P. pattersoni were based on forelimb and hindlimb elements, which are not present in the J. monesi specimen.