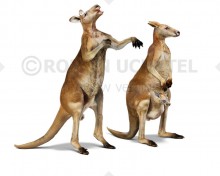 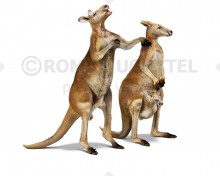 Australian palaeontologists announced the discovery of new extinct megafauna that lived until 40,000 years ago in tropical northern Queensland.
The research was led by Queensland Museum and included experts from a number of Australian universities including the University of Wollongong (UOW), University of Adelaide, Griffith University, Southern Cross University, University of Queensland, Australian National University.
The research team concluded that extreme environmental change was the most likely cause of the megafauna’s extinction, and that humans alone could not be blamed.
The fossils were discovered at an area near Mackay called South Walker Creek. It is the youngest megafauna site in northern Australia and was once home to at least 16 species of megafauna.
The findings, published in the open access scientific journal Nature Communications, outline how the successive loss of water flow, intensified drying, increased burning and vegetation change created the conditions to drive the extinction of at least 13 species of super-sized megafauna species, including five reptilian megapredators, a marsupial “lion” and the world’s largest wombats and kangaroos.
The South Walker Creek site was the stomping ground for a diverse range of megafauna including several new species, which are yet to be formally described.
One highlight from the site was the discovery of the remains of a kangaroo that stood 2.5 metres tall with an estimated mass of 274 kg, making it the largest known kangaroo of all time. Other herbivore species found at the site were four other kangaroo species, two wombats, one palorchestid, two diprotodontids and the emu.
Carnivores found at the site were the marsupial “lion” (Thylacoleo), three crocodile species (an extinct freshwater croc around 7-metres long; a relation to the modern salt water crocodile; and a land-dwelling crocodile) and two giant lizard species – a 6-metre long lizard named Megalania, and another giant lizard, similar in size to the Komodo dragon (2.5-metres).
https://www.uow.edu.au/media/2020/fossil-discoveries-reveal-the-cause-of-megafauna-extinction.php
Tags:
macropus, kangaroo, Marsupialia, Diprotodontia, pleistocene, Australia, megafauna
Related images