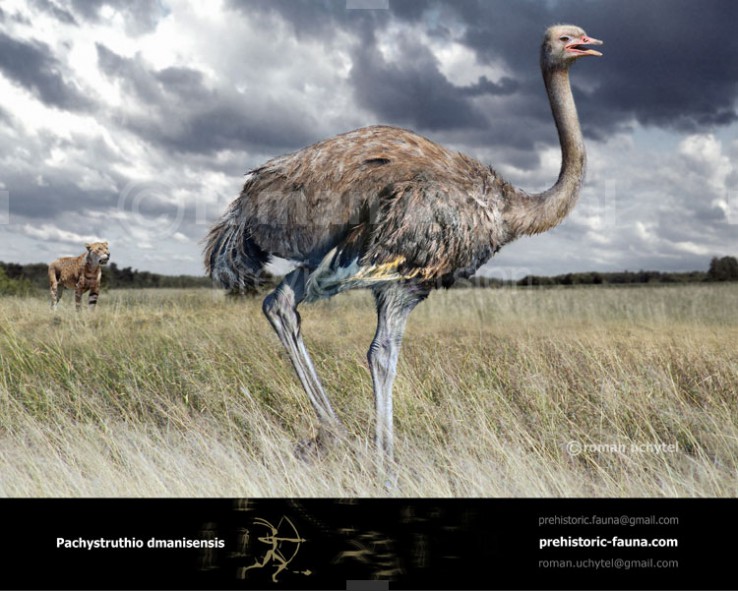 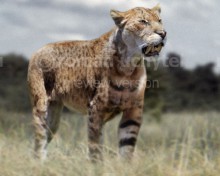 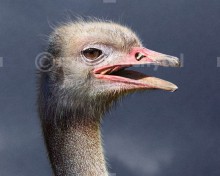 Time period: ived in Europe during the Pleistocene

The discovery, described today in the Journal of Vertebrate Paleontology, represents the first giant flightless bird known to have lived in the Northern Hemisphere. The extinct animal, dubbed Pachystruthio dmanisensis, weighed in at a whopping 300 kg—almost two times as much as its closest living relative, the ostrich.
“We think of [giant birds] in Madagascar, New Zealand, and Australia, but this is very solid evidence that they were also in the European region,” says Helen James, curator of birds at the Smithsonian National Museum of Natural History.
Fossils of giant extinct birds are quite rare worldwide, adds James Hansford, a paleontologist with the Institute of Zoology in London who is an expert on the extinct elephant birds of Madagascar. This find therefore adds valuable new information to our understanding of their lives and interactions with other species. The newly described bird fossil was discovered last summer in Taurida Cave, a treasure trove of ancient animal bones uncovered in 2018 during highway construction in Crimea, a Black Sea region ( Ukraine). The bird’s thigh bone, or femur, was among the remains in the cave’s Hyena Den, so named because of its abundance of giant hyena bones. Finding a single bone from this bird is unusual, according to the Smithsonian’s James, because you would expect to find the whole skeleton if the animal had died in place. A predator might have dragged the bone into the cave, but it’s tough to know for sure what happened. Still, the femur is incredibly well preserved, which allowed the scientists to compare the fossil to femurs from other ostrich-like birds and identify it as a new genus, Pachystruthio.

The “thickness of the bones was a key feature to distinguish them,” study leader Nikita Zelenkov, a paleontologist from the Paleontological Institute of the Russian Academy of Sciences, says via email. The intactness of the femur also allowed the scientists to estimate the height and weight of the bird based on the bone length. Compared to extinct elephant birds and moas, Pachystruthio had longer, more slender leg bones, which tells us how the bird moved. The “straight shaft [of the bone] means it was a much heavier, slower bird—probably faster than some of the elephant birds, but not as fast as the modern ostrich,” he says. Unlike these other extinct giants, Pachystruthio lived among hyenas and saber-toothed tigers, and speed would have been more important for escaping from predators.